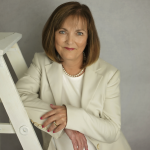 President: The President of the NBASW presides over

official meetings, and provides leadership in matters of bylaw enforcement and other NBASW priorities.

Secretary: The Secretary of the NBASW records minutes of official meetings and takes care of correspondence and other tasks as needed for the Board.

Treasurer: The Treasurer of the NBASW is responsible for overseeing the NBASW’s finances and budget.

CASW Representative: The CASW Director serves as a liaison between the NBASW and the CASW (Canadian Association of Social Workers) and serves as a director on the national Board.

Public Member: A member of the public is appointed by the Minister of Health to sit on the Board of Directors. The Public Member is responsible for representing the interests of the general public and helping the NBASW carry out its work in a way that is accountable and transparent. As the only member of the Board who is not a social worker, the Public Member provides a crucially important and unique perspective to the Board's discussions and priorities.